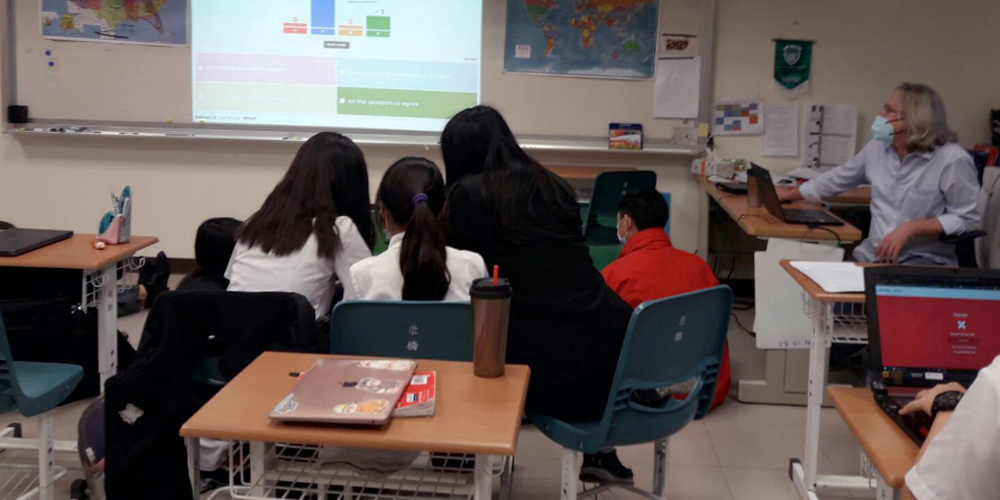 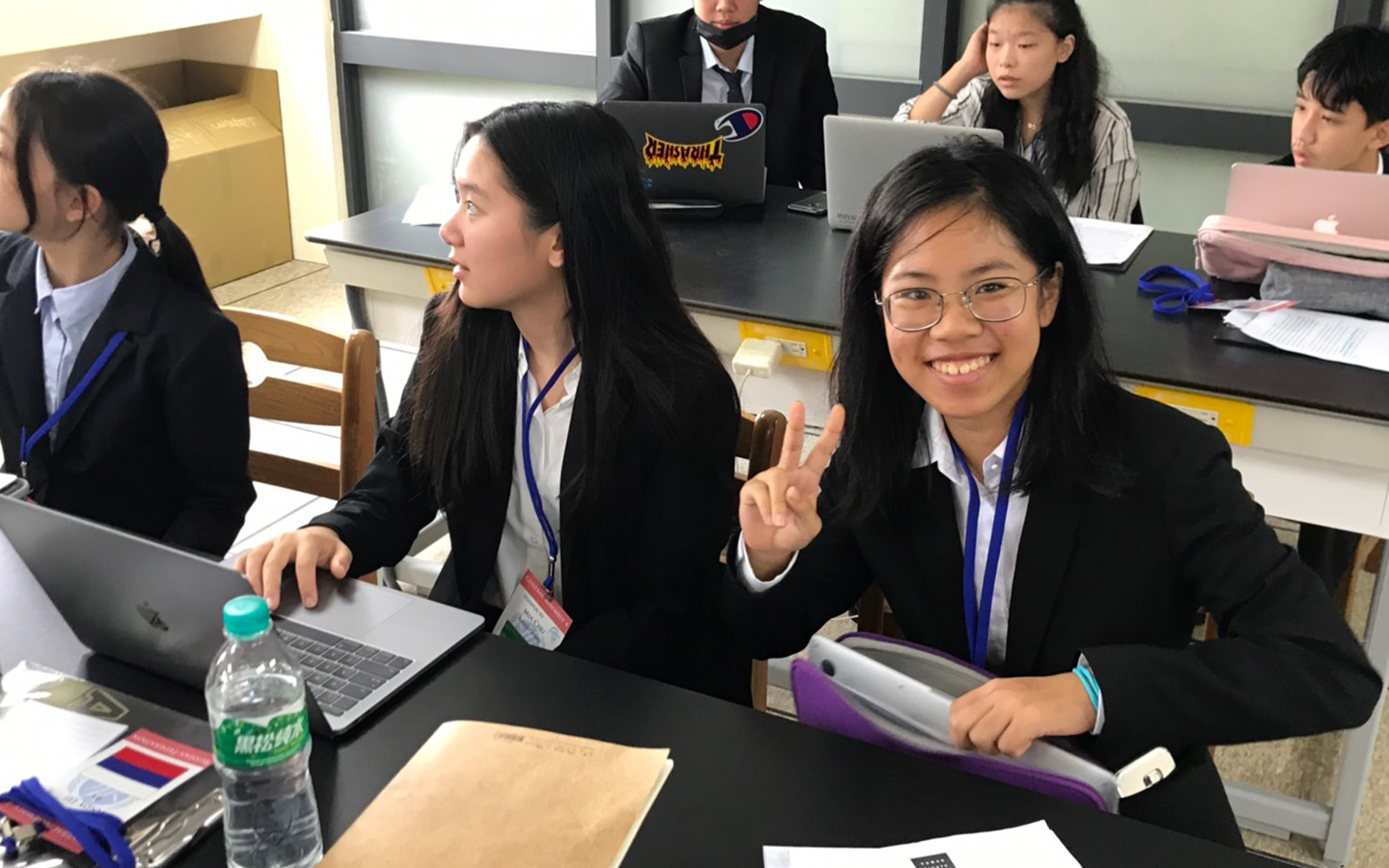 In Kang Chiao Linko's brief 1 and 3/4 of a history, Kang Chiao Linko has established a firm place in Taiwan's Model United Nations' Community. Kang Chiao students have had qualitative performances and have held their ground against students of Taipei American School, Taipei European School, the International High Bilingual High School at Hsinchu Science Park, Hsinchu International School, the American School in Taichung, Pacific American School and Yi-Shou International School. In addition to these international schools, Kang Chiao students have also been able to engage in quality discussions with Taipei First Girls High School and Jian Guo School. It is with great pride that I state that Kang Chiao has established itself with the island's international school community. For the Students of the Overseas Program, Model United Nations is not a competition. Beneath the superficiality, Kang Chiao students have gained invaluable socialization skills, and  have been able to form bonds of friendships with their fellow peers. Receiving a compliment from peers such as, "Hey that's a really good idea, you can put it in the resolution or propose an amendment." are moments students(especially ours) hold dear as for many individuals this is their first exposure to the international community, and there exists a sense of uncertainty that they were out of place when they are in an environment where the other international schools. 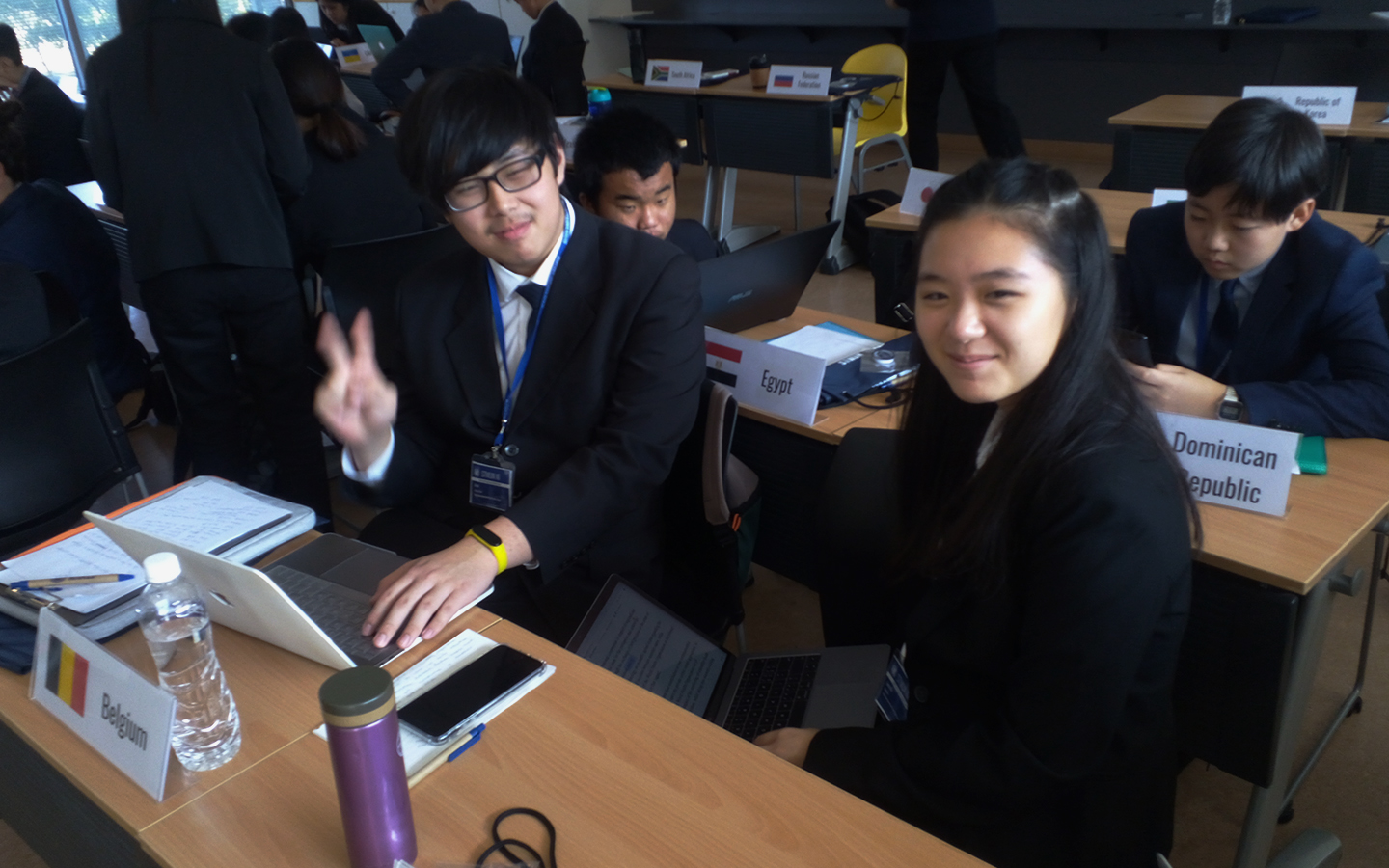 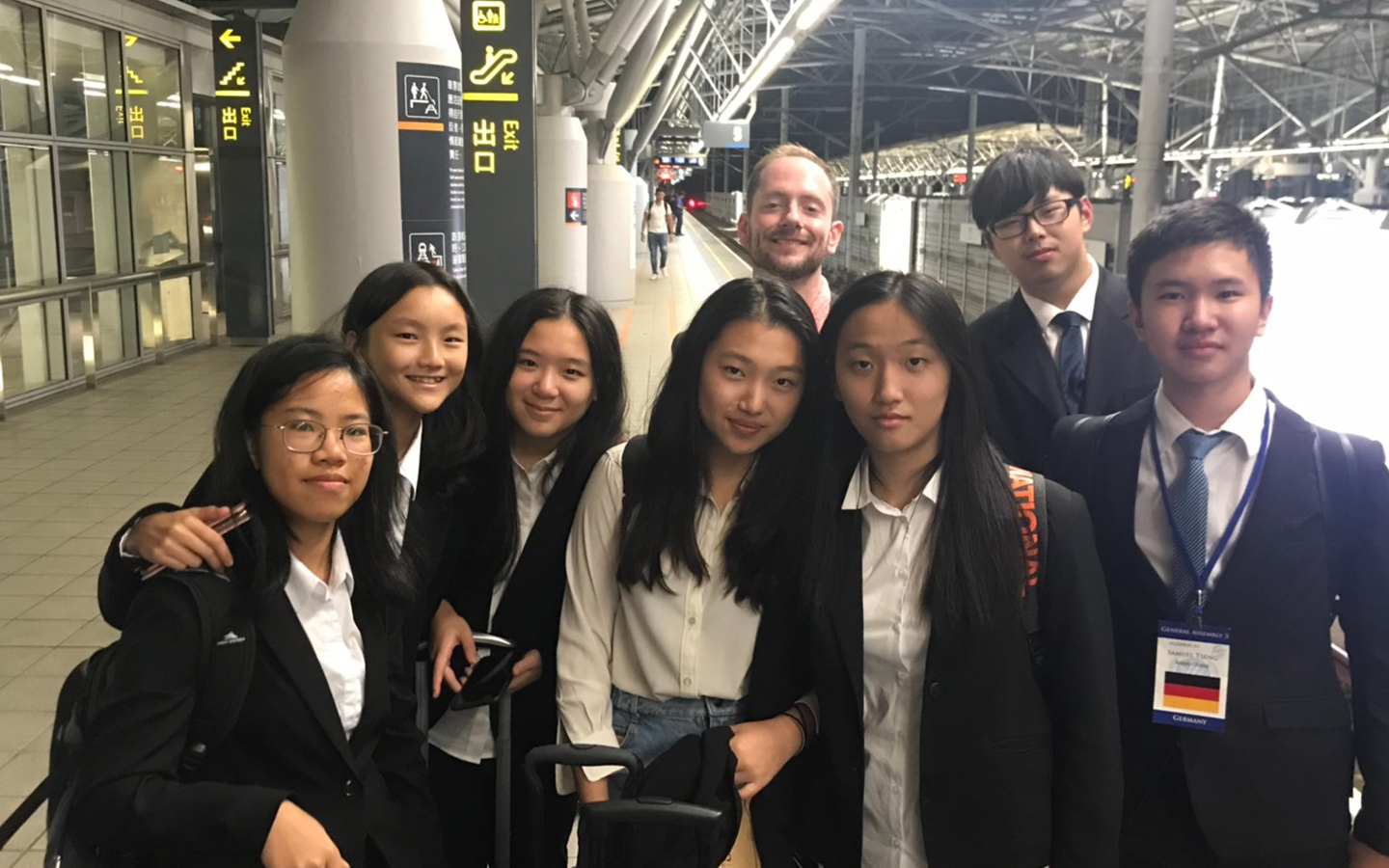 Kang Chiao Students have attended TAIMUN, STMUN Twice, and The Hague's official Conference HSINMUN once. Throughout these conferences, surprises were met. Individuals rose to the occasion. Students discovered new levels they never realized they possessed. Students of Kang Chiao despite being nervous and wracked with fear, forced themselves to speak in front of their peers. Students who had altercations with disciplinary teams displayed outstanding leadership skills and created  resolutions so sublime that it was passed without a debate. In two years, Kang Chiao Linko has blasted away any doubt or uncertainty of whether or not they deserved to be in a forum with the established International Schools.

The M.U.N club has also evolved. Today in the club, while experienced veterans have taken a step back, a new generation has stepped up. The students in the Model U.N club have set up Kang Chiao's first simulated conference. They are now debating the topic of Navigation of the South China Sea. Our students in the 10th grade have demonstrated exceptional leadership, and organizational skills. In addition, they have also maintained the important value of Model United Nations, "kindness" and "tolerance".  Even in a simulated conference, the nerves are present. Speaking to classmates in a hallway or giving answers in a classroom setting are much different endeavors than standing in front of 30 peers and giving 1 minute speeches about resolutions.  Model United Nations delegates can become susceptible to arrogance and vainglorious self-aggrandizement. However, the Kang Chiao Linko students have not demonstrated this. 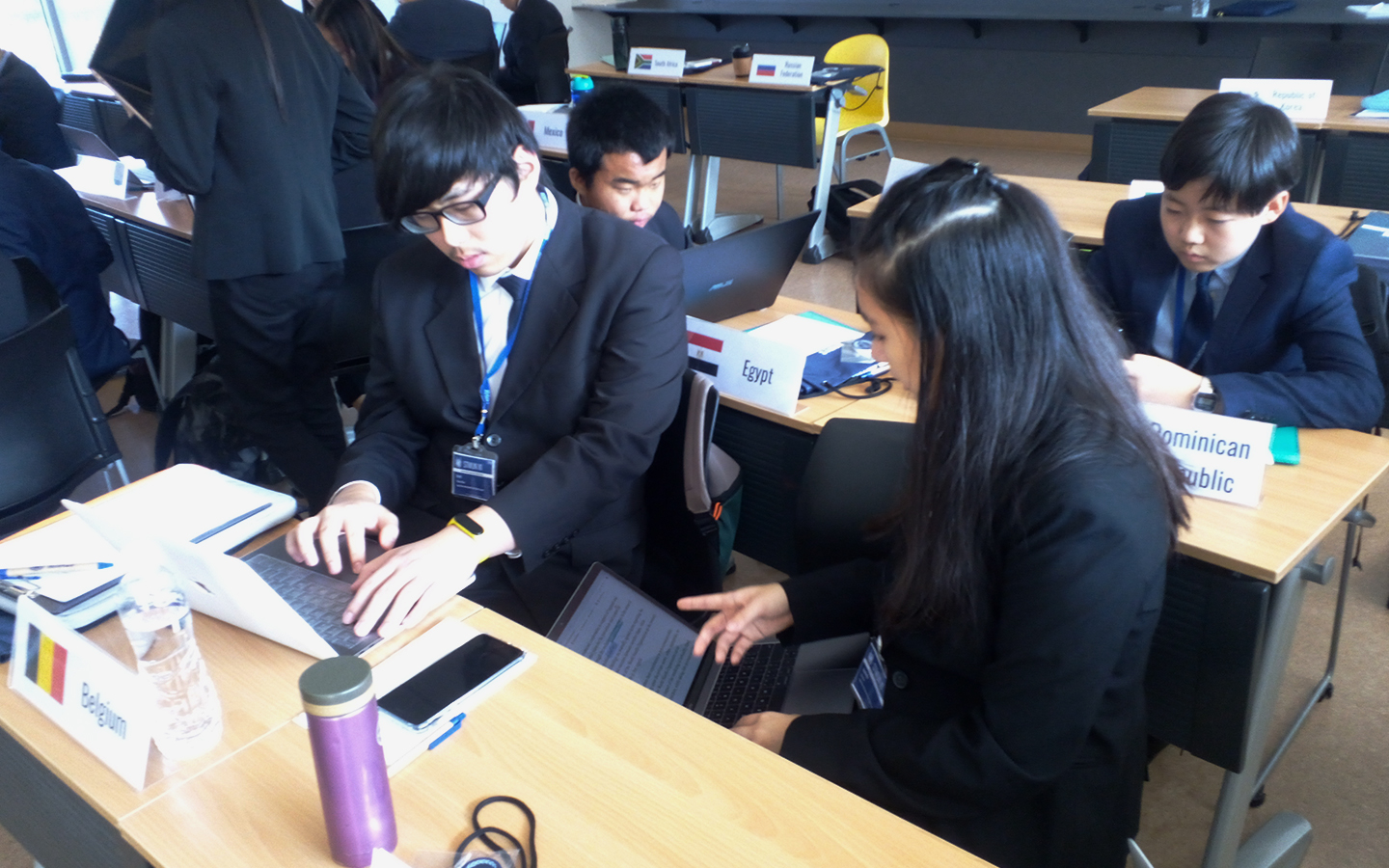 They have given helpful advice such as, "There is no such thing as too much research".  The simulated conference was an idea of an ex-Kang Chiao Student who left last year. However, her impact has been felt. Her and her peer recognized the importance of simulating a real conference as it is the only thing which would lessen the learning curve. It is even more commendable that students are willing to do this with a grueling 9 hour schedule of classes. They have been willing to exert the extra effort for the betterment of their peers and the school. It is this growth that I as the MUN Coach have looked upon as the most remarkable.  With this, it is with great confidence that the KCISLK MUN program will grow, and it may soon be our turn to host a conference in which our students do not go to another International School's campus, but where they come to us and truly experience what our students have to offer.